Pupils from The East Manchester Academy attended the day-long event on Thursday 31st January at the Angel Square Co-op. They were joined by students and staff from across Manchester and were one of four schools to present at the event. The LGBTQ+ Ambassadors spoke about the importance of schools making an effort to be an inclusive place for LGBTQ+ pupils and shared the work that the school has been doing.

The event was run by The Proud Trust, who in 2018 recognised TEMA’s work for LGBT pupils by awarding us with the Rainbow Flag Award. TEMA was the first secondary school in the country to achieve the full award.

Pupils enjoyed meeting LGBT groups from other schools and staff began work on establishing a network of LGBT school groups so that resources and support could be shared between schools.

This was an amazing opportunity for pupils from The East Manchester Academy to share the good work our school has done. I know that many people were impressed by our students who were asked, by the LGBT Advisor to the Mayor of Greater Manchester, to share their presentation and read poetry that they had written for this event. 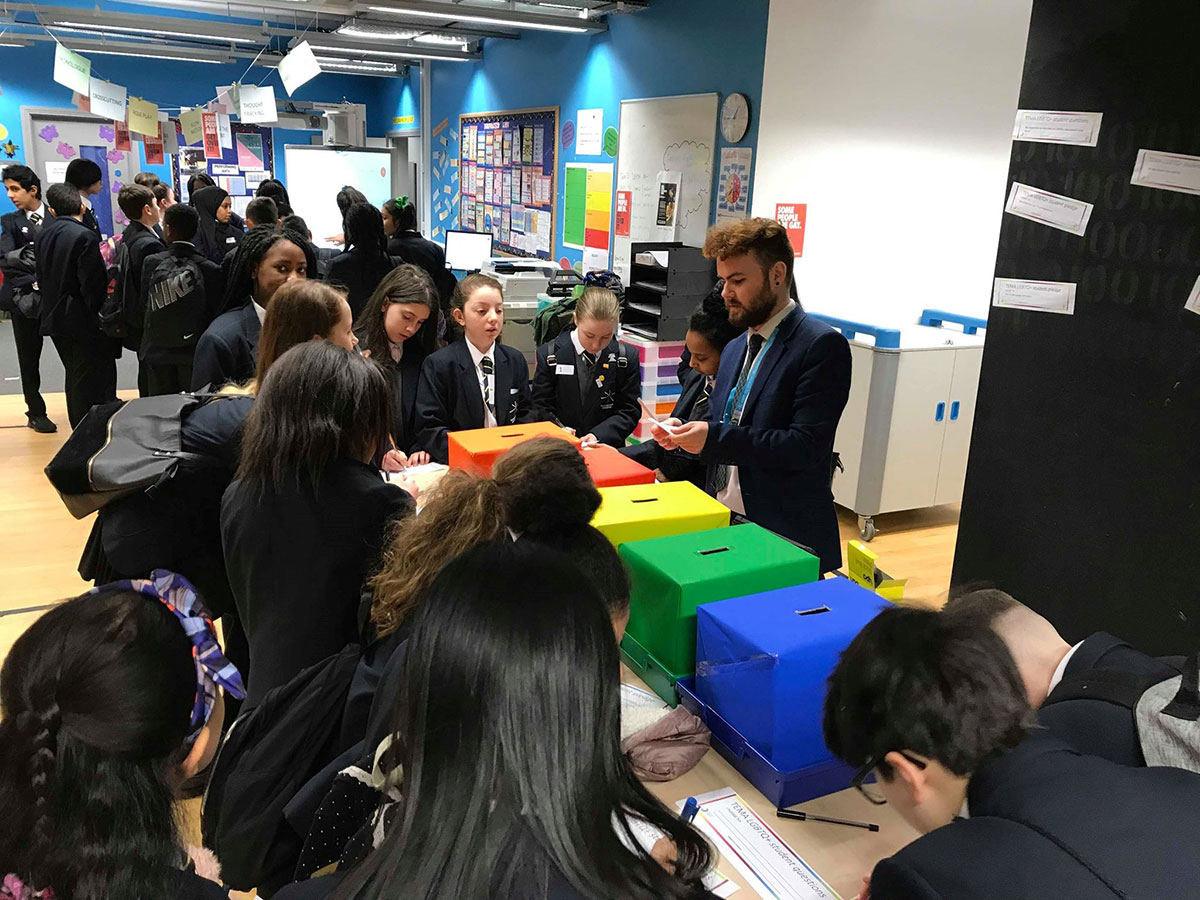